Message from the Chair

The last year has been a challenge for a number of us, but I admire your perseverance and hope that the GW Chemistry community can be a source of restoration and help to facilitate a return to the new normal.

Over the past year, the virtual learning period has been an expansion of our classroom technology and ability to broadcast, which has greatly expanded the reach of our seminars. This is clear through our continued Friday seminar series, which are broadcasted live for anyone to view.

Our department recently launched a new course called Frontiers of Chemical Research, which will be followed up next spring with the course Building a Chemistry Identity. Professors Joseph Meisel and LaKeisha McClary are currently addressing opportunities to encourage undergraduate research participation sooner in the undergraduate curriculum, and to develop a broad set of skills for STEM success.

I want to close with a few words of gratitude to my predecessor, Chemistry Professor Emeritus Michael King, who is well known for his tireless commitment to and advocacy for the GW Chemistry Department. His latest demonstration of this commitment comes in the form of a substantive bequest to establish the Michael, Linda and Jacob King Endowed Professorship in Organic Chemistry. The magnitude of this gift allows us to recruit world class faculty in the field of chemistry, which will greatly impact our department’s operations, output and reputation. We could not be more grateful to the King family and flattered by their generous spirit and actions. 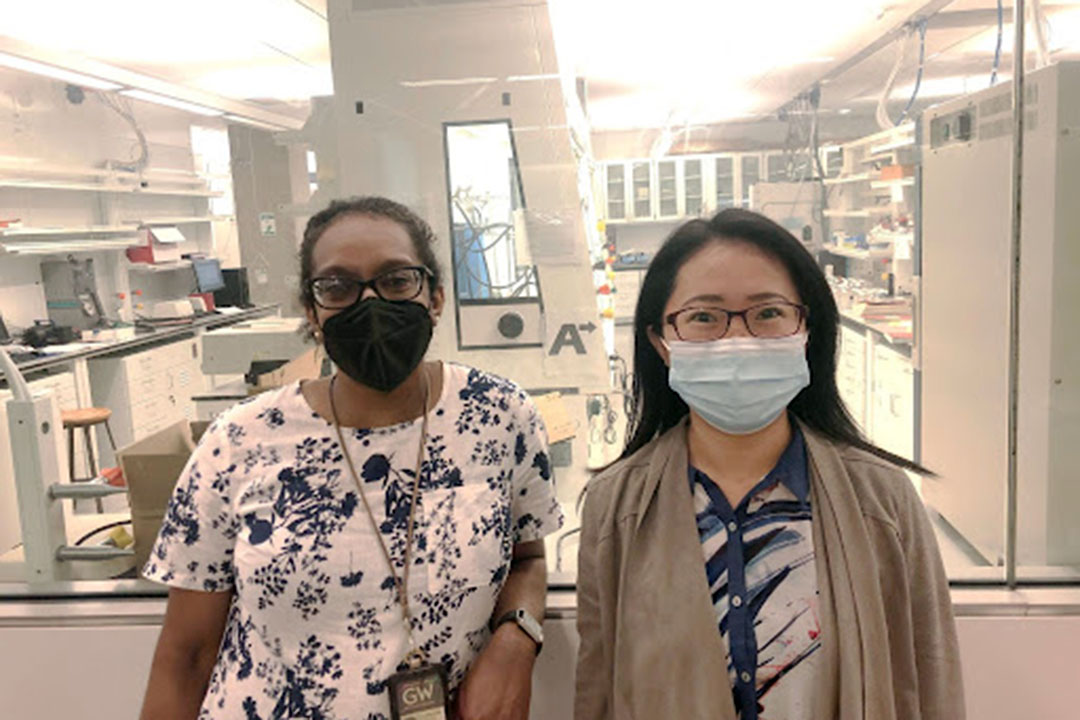 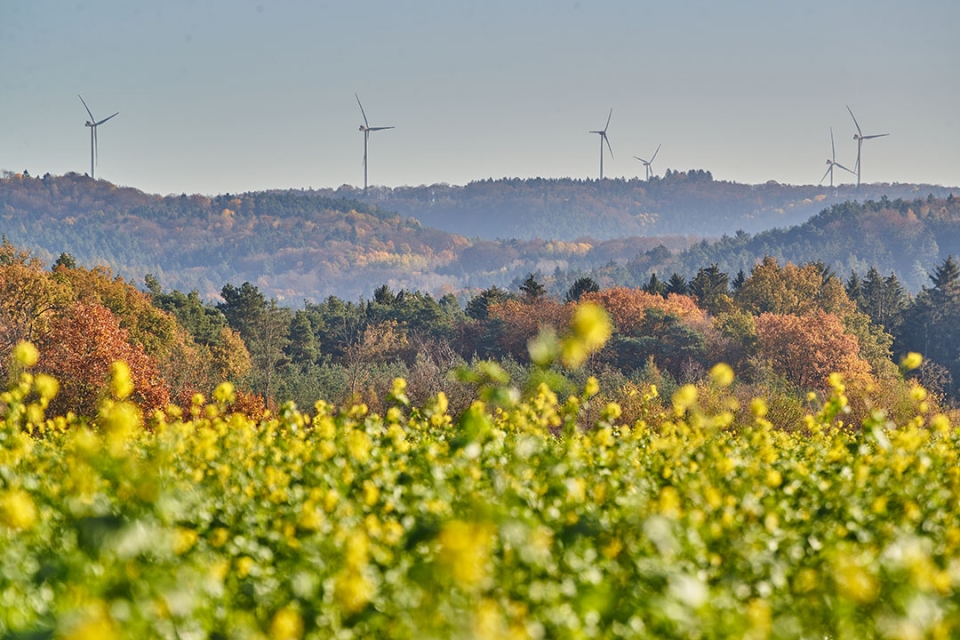 President Biden has proposed a broad strategy to address climate change. CCAS scientists, including the Department of Chemistry’s Professor J. Houston Miller, told CCAS Spotlight that we can achieve crucial environmental goals—but time is running out. 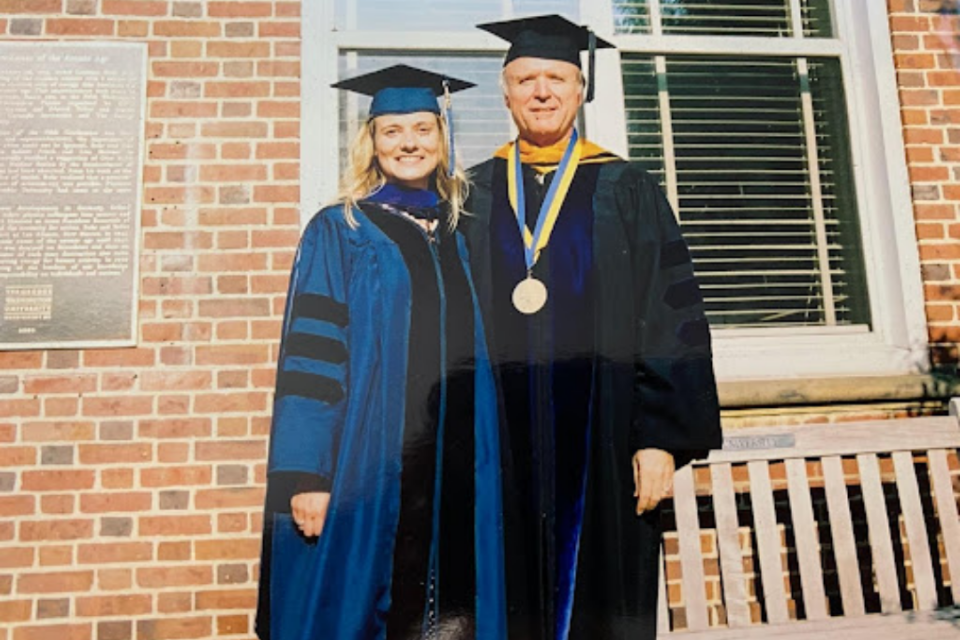 Inspired by her faculty mentors, Maggie Teliska, PhD ’04, forged a career in sustainable energy. Now she’s helping other chemistry students make their mark in STEM industries. She talked with CCAS Spotlight about her lifelong connections made in the Chemistry Department.

The Erik A. Rodriguez lab published four papers in 2020 and 2021. The Nature Communications and International Journal of Biological Macromolecules each have 21 citations and three research papers are under review. John-Hanson Machado’s, BS ’16, first-authored article was published in the Royal Society of Chemistry Chemical Biology in 2021. Current graduate student Sara Mattson joined the lab in spring 2021 and her first authored paper was accepted in Methods in Molecular Biology, and her first patent is pending. The Rodriguez Lab received the Addgene Blue Flame Award for sharing a single DNA plasmid with over 100 labs. The lab has shared more than 600 DNA plasmids with labs in over 25 countries.

The Adelina Voutchkova lab focuses on developing catalytic processes for sustainable, safe chemical production. It is celebrating 10 years at GW this year. Over the course of 10 years, the lab has had 22 undergraduate students carry out research in the group, three minted PhDs, three postdocs and a current team of four graduate students. Their hard work and dedication has resulted in the development of a number of new catalytic processes for upgrading renewables to platform chemicals.

The Claire Besson lab’s former undergraduate research assistant Elliot Heywood, BS ’21, is now a chef at the Michelin starred Bouchon Bistro in Yountville, CA. Undergraduate research assistants Tammy Wang, BS ’21, and Trinh Ton, BS ’21, presented their computational work on pyrazole derivatives at the university research days before graduating from GW in May. Trinh is pursuing graduate studies in chemistry at the College of William and Mary, and Tammy joined the AmeriCorps VISTA program. Their work has been picked up by undergraduate researcher Natalia Ceron Parra and her high school mentee Indira Nair. Natalia won a Madeline Reines Jacob fellowship that funded her work over the summer. Current graduate student Chenyang Ma presented a brilliant talk in March and is currently working on several papers. Graduate student Maegan Dailey’s paper on the polymorphs of bisphthalocyaninatolanthanoid complexes has been accepted by CrystEngComm. Graduate student Christopher Hossack, co-mentored with Professor Cahill, won a Cosmos Scholar Award. He also presented his 30-minute seminar and had his first paper accepted in Inorganic Chemistry. All three graduate students presented their work in talks at the Fall ACS National meeting at the end of August.

The Cynthia Dowd lab was awarded a new patent of 11,098,072 in August 2021. The Dowd lab’s Kenny Heidel, PhD 21, defended his PhD and Sam Kirby, BS ’21, published his first paper. Professor Dowd is participating in the search for GW’s next president as a member of the Faculty Consultative Committee. And our current doctoral student Darean Bague was awarded a Benjamin D. Van Evera Memorial Prize for Effective Teaching.

The Ling Hao lab received a five-year $2 million NIH R01 grant to support research in “Developing Mass Spectrometry Strategies to Decipher the Dynamic Lysosomal Dysfunctions in Frontotemporal Dementia.” Ashley Frankenfield, a third-year PhD student in the Hao lab, received a prestigious ARCS Scholarship. Haorong Li, a second-year PhD student in the lab, published his first research article in the Journal of the American Society for Mass Spectrometry and was featured on the front cover of the journal.

The Jakub Kostal lab, is continuing its NSF-funded, computational work on indirect photodegradation of pesticides and deconstruction of biomass by ionic liquids. Both projects aim to promote the development of safer and more sustainable chemicals. The group has published on these projects in the journals RSC Green Chemistry and ACS ES&T, along with collaborative publications on toxicological-data uncertainty (with the Plugge group at Verisk 3E), toxicity of biobased polycarbonates (with the Sutton group at ORNL) and greener surfactants (with the Lipshutz group at UCSB). As part of their outreach efforts, the Kostal group has developed online curricula focused on toxicology for chemists in collaboration with Beyond Benign.

The Stuart Licht research group has been active during the pandemic. Publications included those in Accounts of Chemical Research, a few in Scientific Reports and the Journal of CO2 Utilization, Separation and Purification Technology, Materials Today Chemistry and Nature Catalysis. Senior graduate student Xinye Liu passed her PhD candidacy exam. Dr. Licht's Carbon XPrize team made a major step towards mitigating global climate change by winning the Carbon XPrize XFactor Award for a compelling demonstration of their technology at the finale of this multi-year international competition. The team uses a new chemistry to incentivize climate change mitigation by transforming the greenhouse gas CO2 directly into the world's strongest material.

The Michael Massiah group’s Jessica Webb, MS ’21, is now working at Astrazeneca in Rockville, Md., and Molly Little, BS ’21 started her PhD degree at Emory University. Over the summer, undergraduate student Erin Gladu was successful in demonstrating how MID1 protein interacts with the cohort E2 conjugating enzyme, UbcH5. She is continuing on this project and is now training a new undergraduate student, Daisy Williams. In addition, Erin and Iman Syed are working on a book chapter focusing on analyzing the structural implications of two classes of enzymes, of which MID1 is a member of one.

The J. Houston Miller lab watched as Monica Flores, MS ’20 was awarded a special prize for the "Mathematical and Physical Sciences" category at GW's Research Showcase 2021. She along with David Bomse from Mesa Photonics and Dr. Houston Miller also published a paper in the journal Sensors titled “Statistical Characterization of Temperature and Pressure Vertical Profiles for the Analysis of Laser Heterodyne Radiometry Data." Dr. Katherine Hinnant defended her dissertation and submitted the first of many articles resulting from her work to the Fire Safety Journal titled “Enhancing Foam Fire Suppression Analysis through CO2 TDLAS Quantification.” Jennifer Giaccai presented a paper titled “Binding Energies and Electronic Structure of PAH Ions and Radicals” at the US Combustion Meeting and is finalizing a manuscript for the Journal of Raman Spectroscopy in the identification of carbon-based inks in Asian Art. This latter work was presented in a talk at the Freer and Sackler Galleries of the Smithsonian Institution in August 2021.

The Akos Vertes lab saw Laith Samarah, PhD ’21, graduate from the group. He is continuing his research efforts as a postdoctoral scientist at Princeton University. This year the Vertes lab’s work has been disseminated in an impressive number of publications.